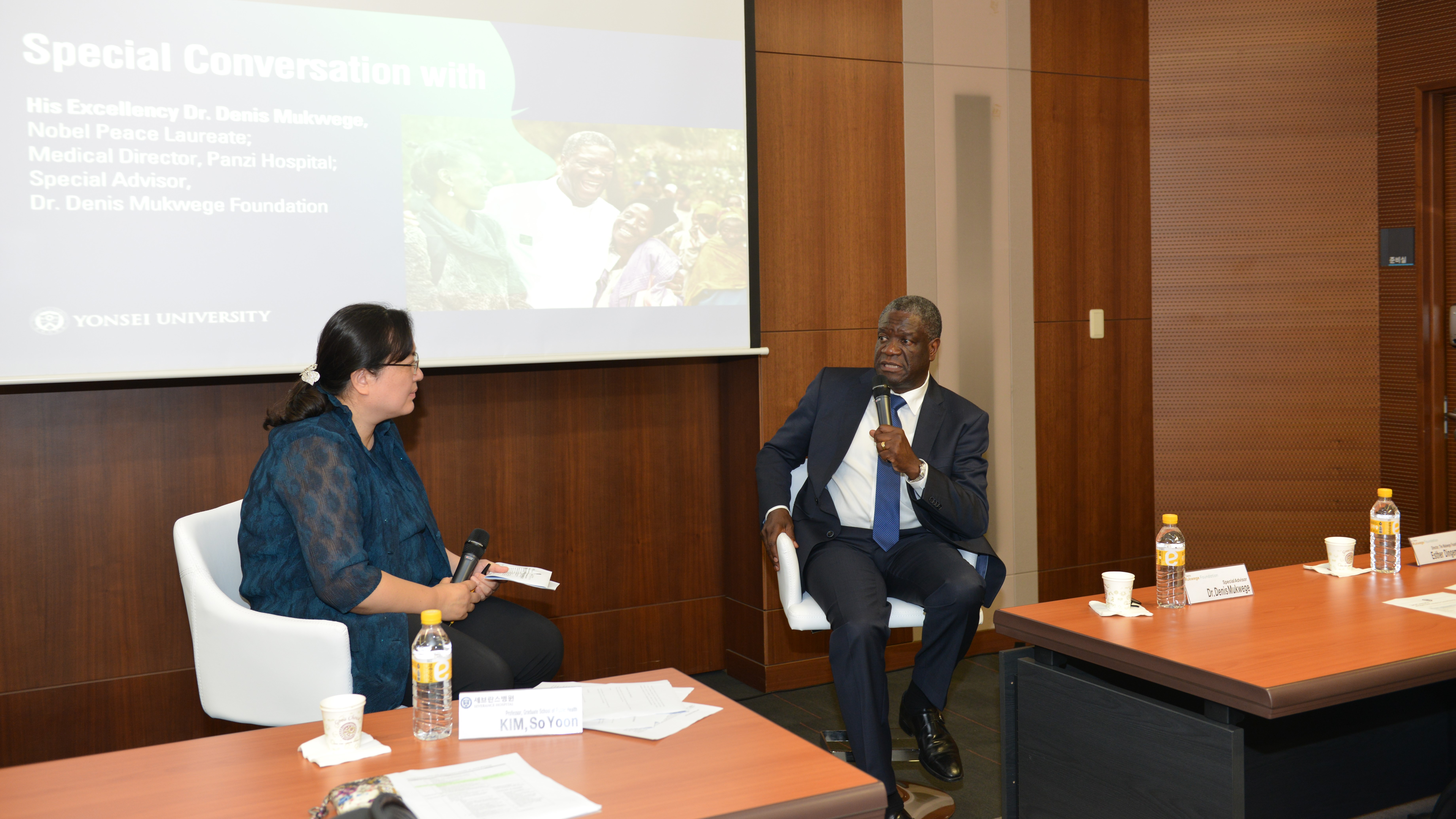 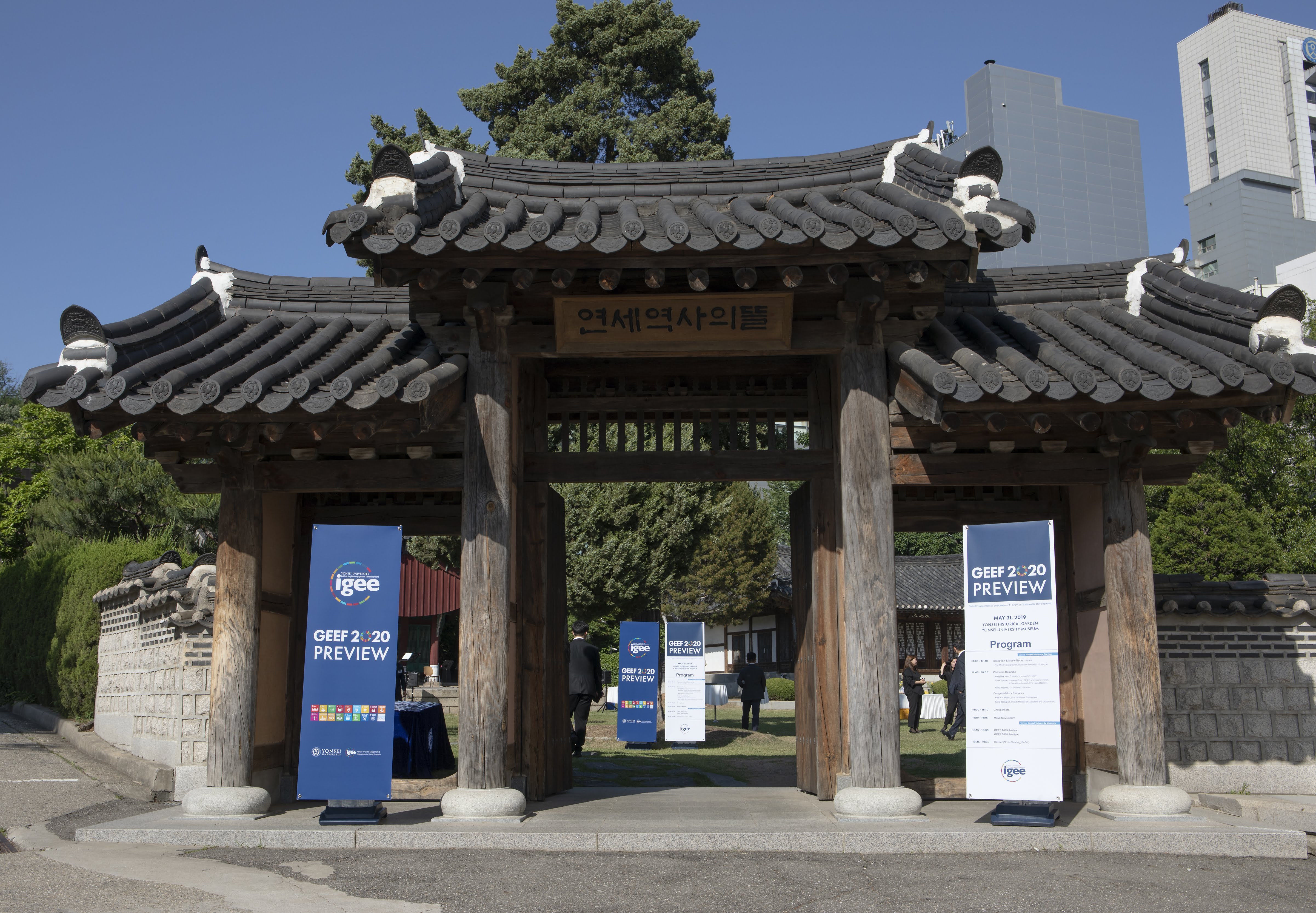 Representatives of 16 universities from eight different countries including China, Japan, Kazakhstan, Niger and the United States and the 8th UN Secretary-General Ban Ki-moon explored the role of universities in the implementation of the Sustainable Development Goals (SDGs) and how they can cooperate with each other as global knowledge partners. 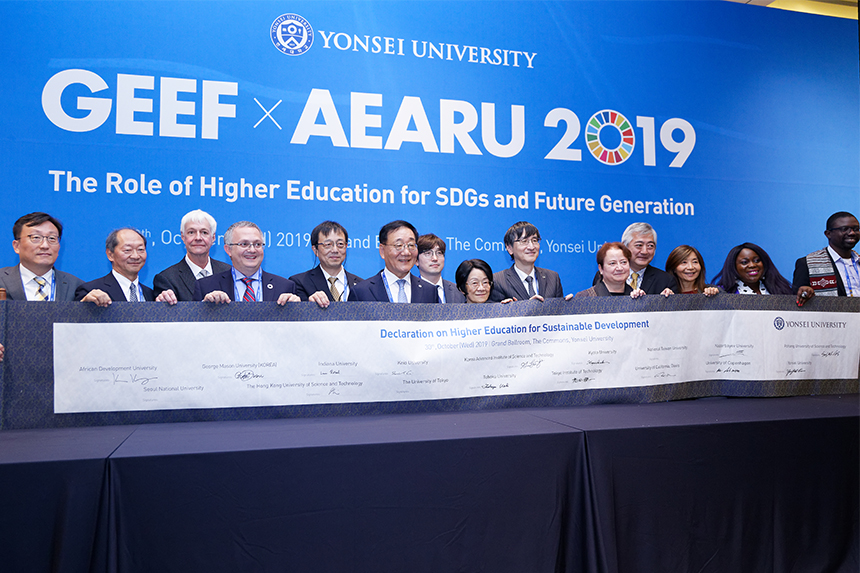 Yonsei University President Kim Yong-hak in his welcoming remarks stated that global problems require global action, and that given its primary role as knowledge producer, higher education can serve as a powerful means to help create a more sustainable future. In his keynote speech, Ban Ki-moon, Honorary Chairman of the Institute for Global Engagement & Empowerment (IGEE) at Yonsei University explained that of the 17 SDG goals, SDG 4 is dedicated to education, and that in recent years, universities around the world, including Yonsei University, have made massive efforts to bring the dialogue on sustainable development into the spotlight. 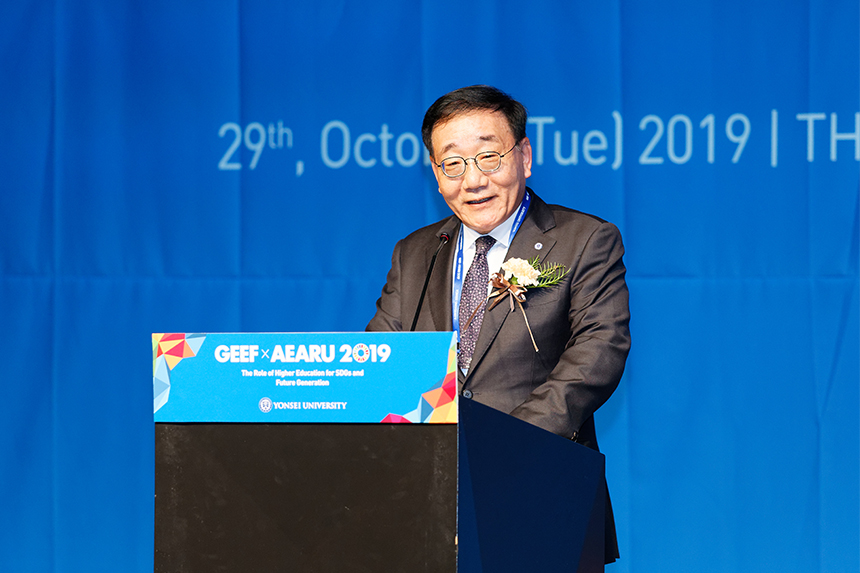 In the first session, education experts including Professor Ju-ho Lee of KDI School of Public Policy and Professor Do-nyon Kim of Sungkyunkwan University pointed out the limitations of traditional teaching methods and stressed that a new approach should be flexible according to the characteristics of individual learners. They explained that in practice it means reorienting the education system at all levels to equip students with the requisite knowledge, skills and values to create a sustainable future.

The second session discussed the global trend of dissolving borders between society and academia, and explored how universities can co-create urban sustainability. Professor Yang-joon Nam of Nanyang Technological University and Professor Peter Abrahamson of Copenhagen University presented examples from across the world where universities reach out past campus boundaries to form meaningful partnerships with industry, government and civil society organizations. 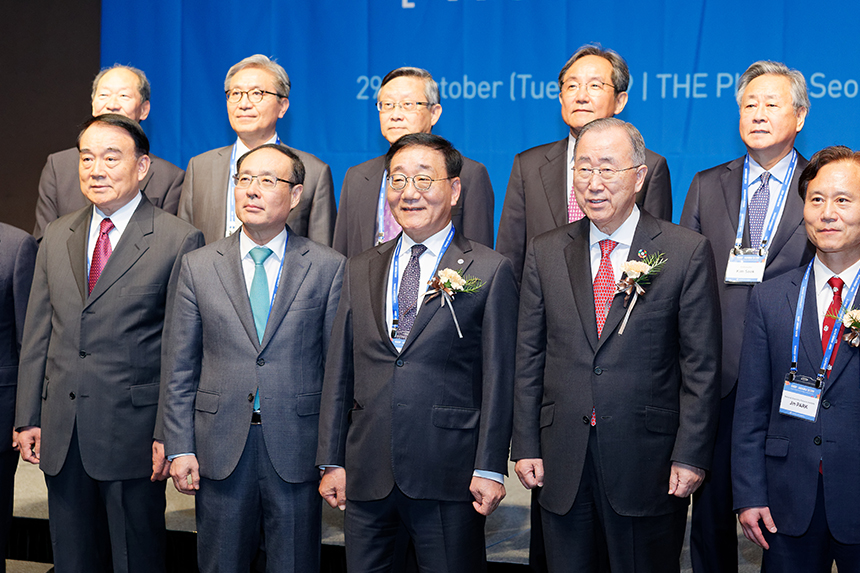 The forum concluded with the adoption of a declaration which illustrates higher education’s commitment to creating a sustainable future, and the partnership of higher education institutions for the solution of global challenges.

The forum was co-hosted by the IGEE of Yonsei University, National Assembly Futures Institute, and the Association of East Asian Research Universities (AEARU). AEARU is a regional organization founded in January 1996, with the goals of creating a forum for the presidents of leading research-oriented universities in East Asia and of carrying out mutual exchanges between major universities in the region.

IGEE was established in 2017 to explore higher education’s unique role in helping to achieve the SDGs. 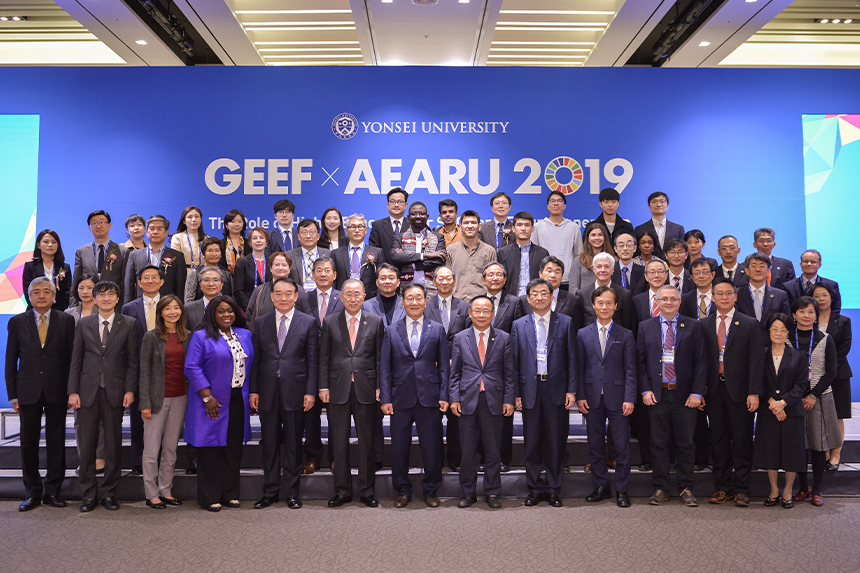